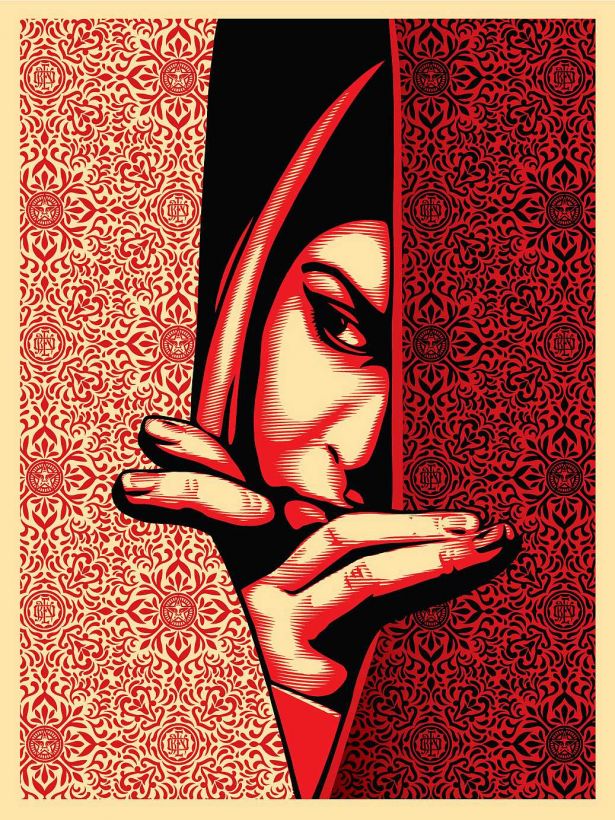 Moscow Museum of Modern Art and Ruarts Foundation present Russia’s first-ever solo exhibition of Frank Shepard Fairey, one among the most influential street artists of our time. The Force Majeure Project features the works he created during the last 25 years, as well as his most recent oeuvre made specifically for the MMOMA exhibition. The project is launched with the collaboration of the creative group ARTMOSPHERE and is part of the special program of the IIIrd Biennale of Street Wave.

The display is structured on thematic principle and shows the key motifs and stages of the artist’s evolution, from his fascination with underground art and Soviet Constructivist Art to Pop Art and advertising design. The DIY philosophy of the skateboarders’ and punks’ milieu, the milieu Shepard identifies himself with, dismisses the urge to comply with any conventions, declaring absolute freedom of expression. Building his frame of reference on this philosophy, Shepard Fairey constructs his ‘artistic messages’ intended to provoke critical response to a familiar social environment. The ‘OBEY GIANT’ campaign, with the portrait of a French wrestler André the Giant at its core, was the first artistic realization of the DIY principles. With this campaign, Fairey challenges the public to grasp human freedom and lack thereof within the system of society’s rules. The DIY subculture is far from being the only source of Fairey’s inspiration. The Russian Avant-garde, particularly Alexander Rodchenko and Stenberg brothers, inspired the Constructivist element of his art. Elaborating the design of stickers, posters and stencils, Shepard chooses to use a minimalistic colour palette, emblematic pictorial system, expressive script. The artistic language he favours serves to create a laconic image comprehensible to all and sundry. The same idea underlies his use of the Pop Art discourse and, above all, a familiar iconography. While Warhol used images of celebrities and mass market goods, Shepard makes a point of his sociopolitical issues and humanitarian values, channeling his civic stance. The art of Shepard Fairey, as he himself puts it, is a reaction on force majeure circumstances, an effort to fight by means of provocative art. Be it his posters on war and peace or on the environmental protection, his art is imbued with propaganda; it brings together conflicting symbols, providing the spectator with multivalent interpretations. Duality is manifest in such works as the Dark Wave (2010), the Global Warning (2010), the Paradise Turns (2015), where Shepard depicts an idyllic landscape, while pointing out that corporations’ self-interest may cause ruination of ecology. Shepard lives and works by the creed to do good and stand up to evil, striving by the means of graphic design traditions to capture something universal and timeless, but also urgent in the moment of crisis and need. The MMOMA exhibition echoes the artist’s message and while, on the one hand, explores his artistic quest, on the other hand, it calls broad public to responsible freedom. Shepard Fairey has been successful not only as an artist but as a commercial designer as well. Collaborating with companies whose conduct is compatible with his ethical principles allows him to financially support young underground artists. Fairey founded the gallery Subliminal Projects in late 90s, which was intended to bridge the gap between the world of art and subculture and develop new forms of graphics, illustration, photography and temporary arts. The Moscow Museum of Modern Art is among the first Russian institutions to start experiments on wedding museum space with street art. Thus, for instance, the MMOMA housed a solo exhibition of Pasha 183 Our Cause Is Great Deed! in 2014, Valery Chtak’s project In My Case In No Case in 2016, and together with Ruarts Foundation the Museum featured the SOOT project in 2017. Shepard Fairey’s show goes in line with this exhibitional strategy of the Moscow Museum of Modern Art to study the phenomenon of street art and initiate the general public into the works of street artists. With the participation of the Moscow Department of Transport, the show continues outside the museum venue in the urban space. First-ever in Russia, a mural by Shepard Fairey decorates the façade of a building at 12, Mytnaya street. The exhibition ‘Shepard Fairey. Force Majeure’ at the Moscow Museum of Modern Art is supported by the Italian Gallery Wunderkammern 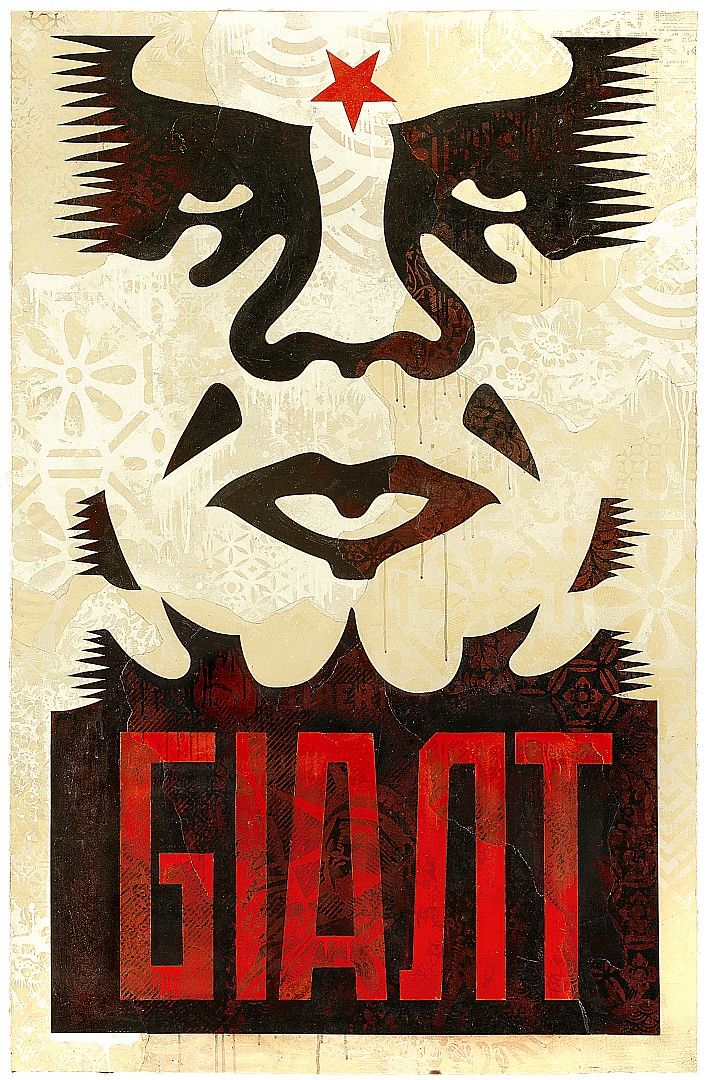 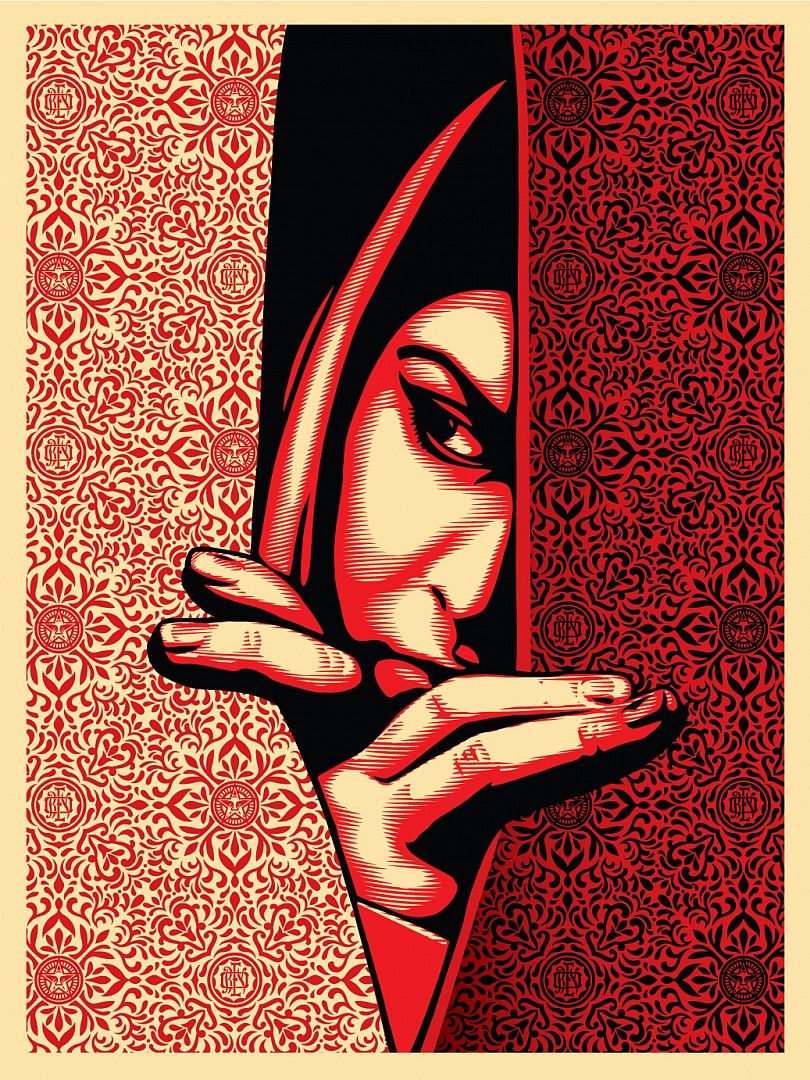 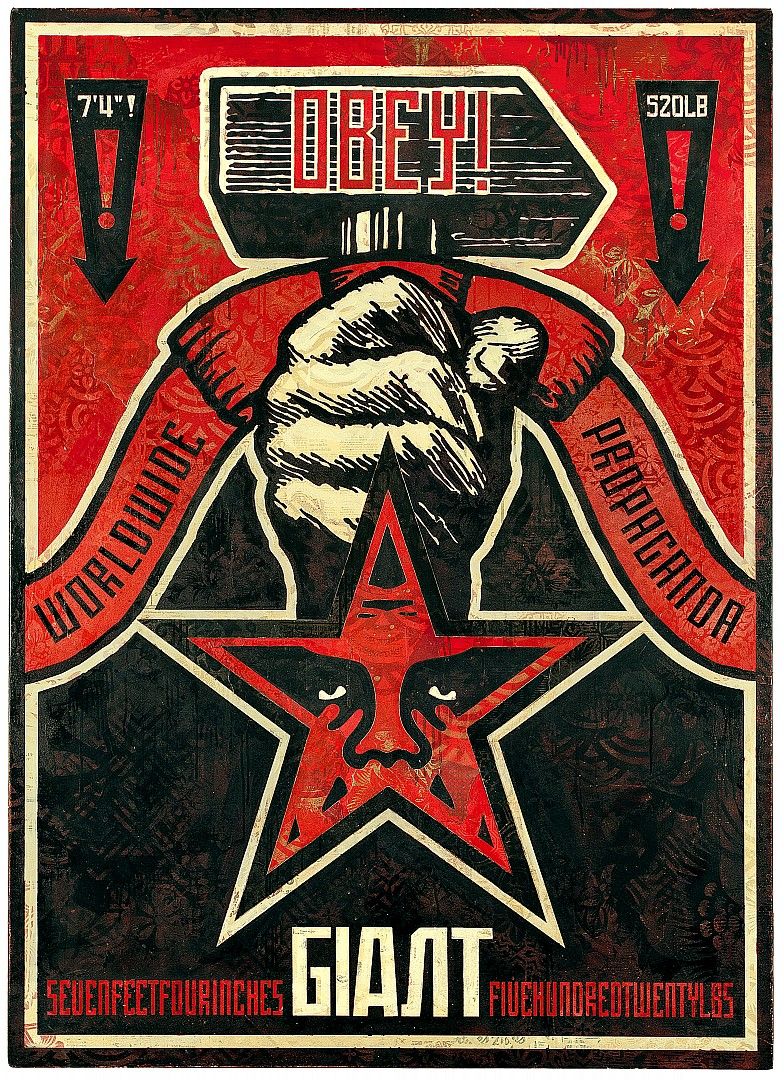