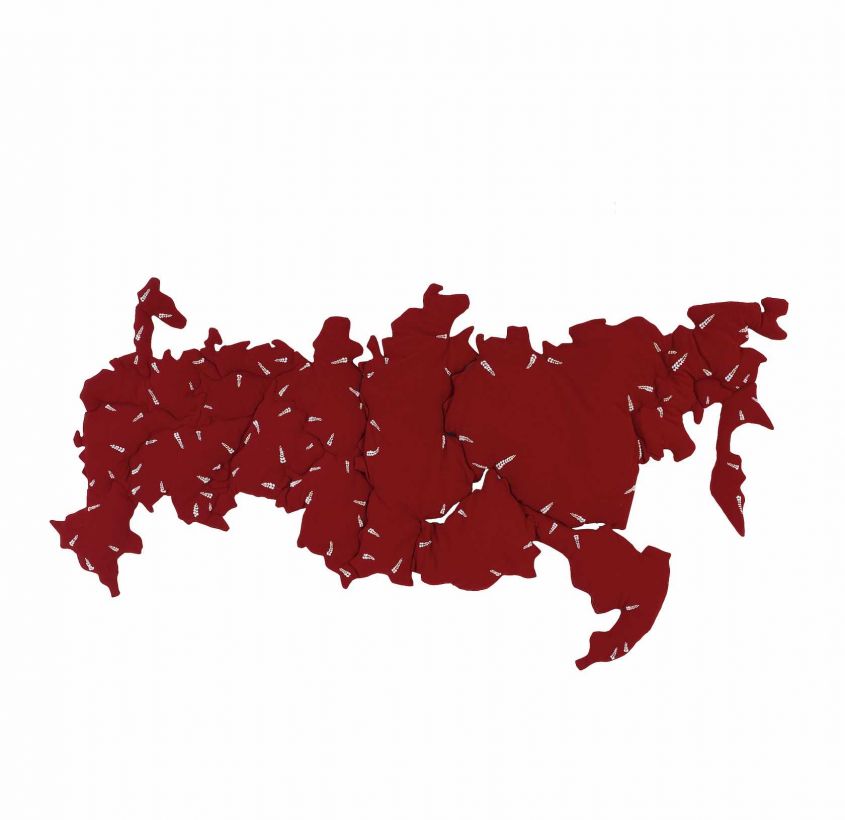 Etymologically the word ‘homeland’ is derived from concepts of the ‘clan’, ‘family’ or ‘birthplace’, but in the context of this exhibition it is synthesised with a more complex model of relations between the individual and society, personality and the state machine. The monumental work of the same name by Dmitry Tsvetkov that opens the exhibition on the first floor has become the ironic quintessence of this concept, consisting of a woollen blanket embroidered with pearls in a shape reminiscent of the contours of Russia, where each region is a separate, soft, precious pillow.

The exhibition space itself is a total installation. Interest in deconstructing the boundaries of art and overturning the prevailing conceptual and aesthetic models dictated the brutal aesthetics of the structure. In addition, the use of rough materials such as unpainted plywood, cardboard, craft paper, mirror sheets and metal echoes the grandiose assembly, unpacking and installation of these works. The non-standard architectural scenario emphasises the Foundation's ideology as an artistic testing ground for experimental ideas. “WE ARE OPEN!”

The organisers display significant works of the collection from nonconformists to artists of the ‘street wave’, immersing the viewer in the surreal world of the ‘soft homeland’. Major names, issues, historical and contemporary reflections are united in three main leitmotifs – space and time in the micro-, macro- and mega-world, corporeality and abstraction. The exposition occupies three levels and each one is a continuation of the previous floor.

The second-floor exhibits mark the manifestation of the masculine principle. Symbols of power, spiritual struggle and brutal preaching are expressed in works by Andrei Filippov, Rinat Voligamsi and Sergey Anufriev. ‘The Hymns of Muscovy’ video sequence by Dmitri Venkov connects the instrument of psychological adaptation. Sergei Shablavin’s conceptual model of reality is devoted to examining the relationship between a city and the individual.

The third floor brings together exhibits that refer to actual manifestations of the ‘feminine’ idea. Provocative works by Vita Buivid, Oleg Kulik, Marat (Morik) Danilyan, Kir Esadov and Medvedev Ma have an ‘animal’ essence, they return the viewer from abstract aesthetic experience to actual physical involvement in art. Various artistic practices and diverse, sometimes diametrically opposed interpretations of gender and the body are themes that run through all the exhibits, allowing us to step away from stereotypical thinking and ask taboo questions about the freedom of self-determination, shifting gender boundaries and queer issues. As in the previous part of the exhibition, the ironic game continues here without pre-arranged rules built on the contrasting interaction of beauty and unsightliness, strength and fragility, pain and pleasure.

The fourth floor is dedicated to key nonconformist groups of the 20th century, works of the so-called ‘60s generation’ and members of the New Academy in St. Petersburg. Mikhail Shvartsman, Leonid Purygin, Inal Savchenkov and others explore universal themes such as life, death, love, anxiety and loneliness. Persecuted by censorship, the artists of the 60s to 80s had no opportunity for open expression, they built relationships with their homeland in different ways, from the creation of underground associations and a retreat ‘underground’ to forced emigration abroad.

The exhibition ‘Soft Homeland’ is an open art process both in terms of content and composition, letting visitors devise their own system of interpretation. Awareness of the homeland, social pathology, open sexuality, the role of power, control and vulnerability flow from one work to the next, sometimes establishing unexpected associations and parallels. In this way the curators invite viewers to a free dialogue, to reflection, new experiences and pure involvement. 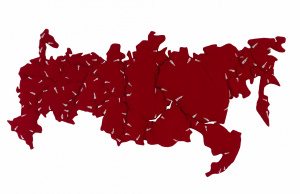 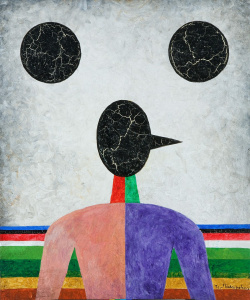 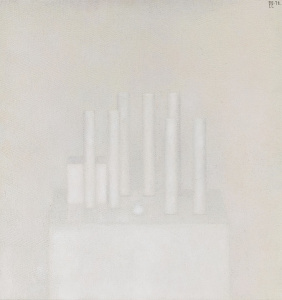 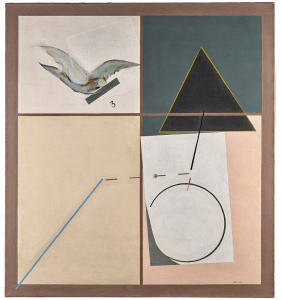 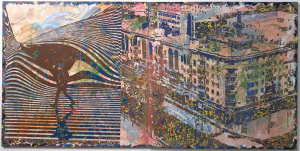 From the series Inside. Update
2018 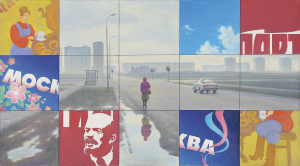 Moscow from the 'Small cubes' series
1990 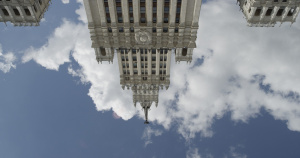 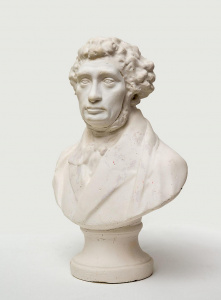 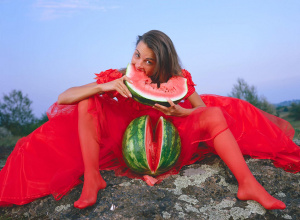 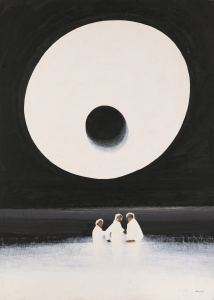 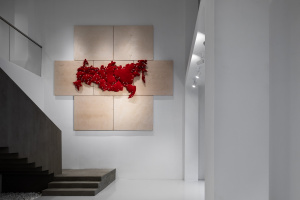 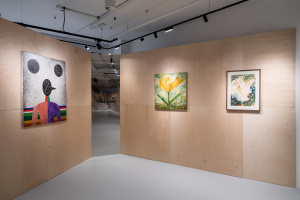 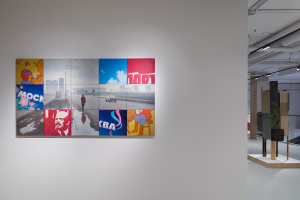 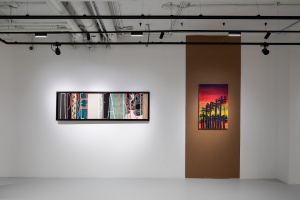 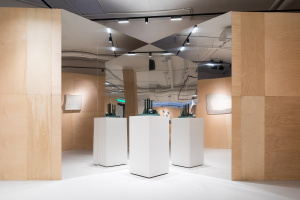 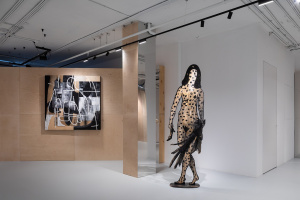 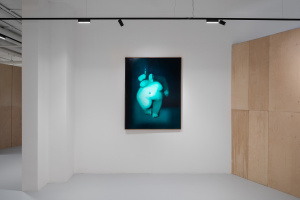 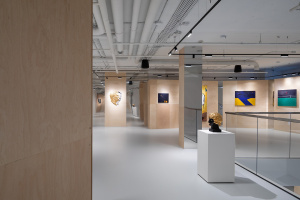 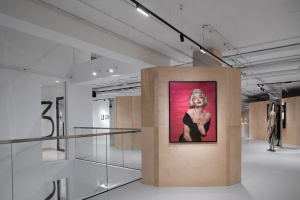 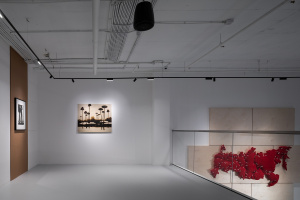 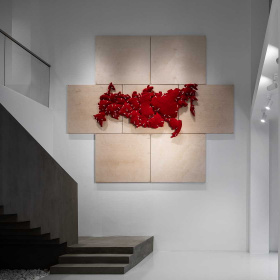 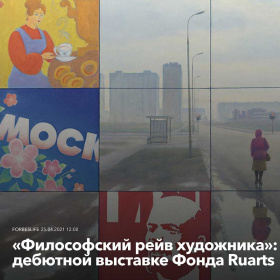 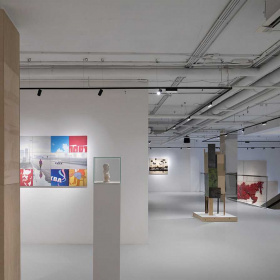 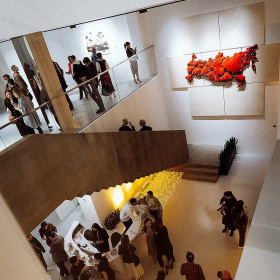 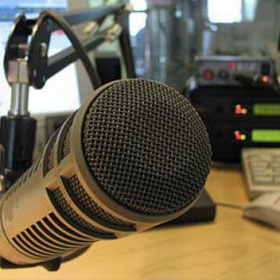 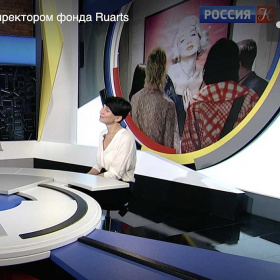 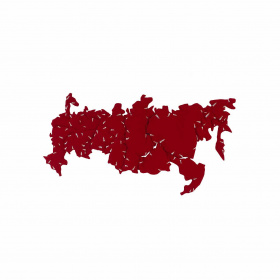