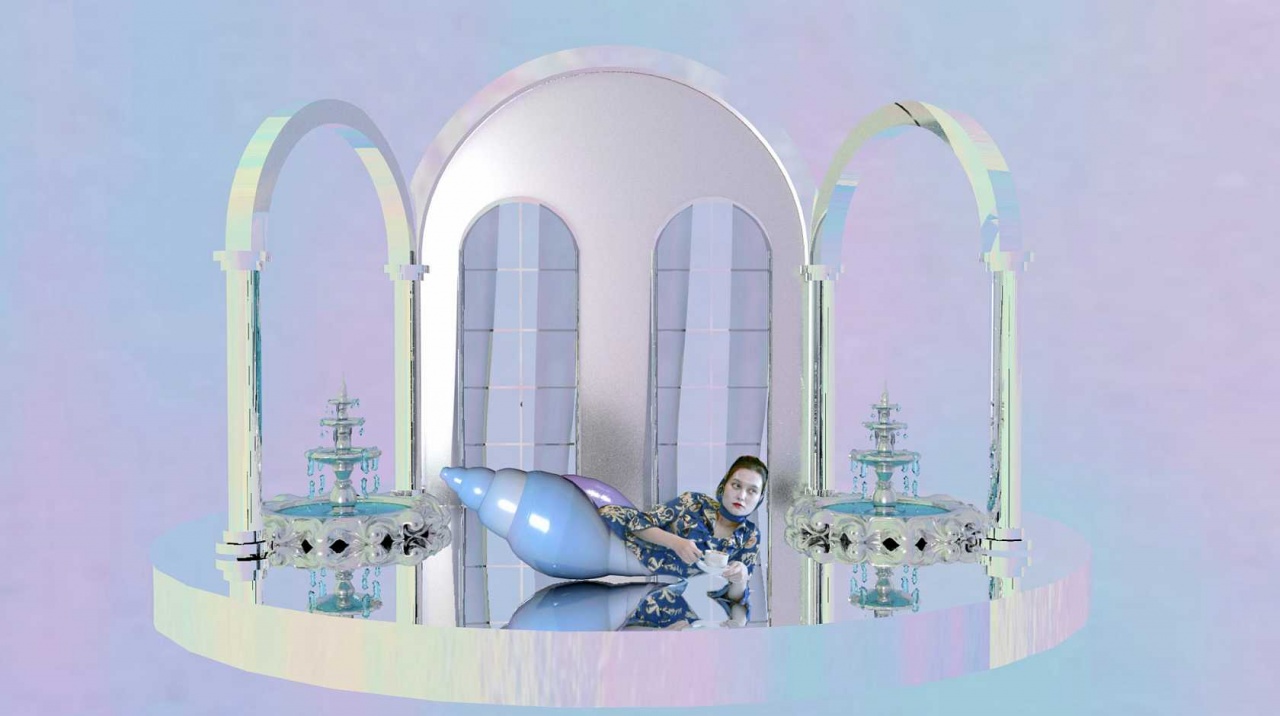 The Ruarts Foundation presents ‘Endless Shell Echo’, a multi-part project by the multimedia artist Diana Kapizova, as part of their grant programme.

Diana Kapizova was the winner of a grant programme organized by the foundation in the spring of 2022. Thanks to the support of Ruarts foundation, the artist was able to implement her project. This exhibition will feature two new video works and ceramics created specifically for the project.

‘Endless Shell Echo’ is a dramatization of everything at once, but this does not deprive the work of a sense of profound naïve pathos when the traveller or young mystic gets lost and becomes totally disorientated in space and time. Seven magical portals create a dramatic narrative context built on communication of the characters through music, singing, dialogue and structural, visual elaboration of the mise-en-scène. Paradise lost and rediscovered ends with the heroine being reborn as a little mermaid, and we see that everything is just beginning, revealing amazing prospects for a new journey called ‘Love Vacation’.

The motif of flight and relocation between worlds via a tunnel, pipe or well is quite typical of both myths and folktales. But here the ability to fly is present in a slightly different capacity, similar to a disguised game with space, where the exit is similar to the entrance. The psychological and physiological experience of the state of soaring, flying and weightlessness is directly related to the notion of happiness and the concept of love, which was also the culmination of the work ‘Endless Shell Echo’.

The presence of iconic elements characteristic of the environment make it clear that the journey takes place somewhere very deep in the underwater world and begins at the dividing line between the unconscious and the dream, as we know from the first scene. At each stop along the route a magical portal is installed as a kind of checkpoint, and the artist, with the images of heroines close by, inside or near it, metaphorically informs us where we are and what we’re about to do, with the help of a poetic ‘incantation’. As a whole the work reproduces certain ritual schemes that primarily call to mind initiation rites, referring to the psychological archetype of death and new birth.

The artist Diana Kapizova gives the viewer maximum scope for interpretation, which correlates her with a new generation of authors with extremely peace-loving intentions distinct from traditional artistic and critical canons. ‘Endless Shell Echo’ can be interpreted as a myth of eternal return, as a reproduction of the archetypal initiation rite, and as the Platonic myth about the cave and the need to overcome bodily limitations, where desire generates images and images generate desire, or in terms of the longing of the prophet Jonah, ‘encompassed by the waters to my very soul, the depths enclosing me; with seaweed entwined around my head’. Some may compare what is happening with Stanislav Grof’s perinatal matrices, some with the myth of Venus born from the sea foam and the transfer of the most valuable gift of love to man, while others may recall Mikhail Kuzmin and his poetic images: ‘A high hill stands at the end of the road. / Having reached it, everyone will turn around / To look at the path traversed, winding across the field. / They are filled with mute alarm’. To some the route may seem like a retrospection of the bliss of intrauterine life, or a role model of narcissism in psychoanalysis.

‘Endless Shell Echo’ is an expedition undertaken by the artist to fantastic worlds. The structure of another reality is assembled using scenes from folklore, events relayed in sequence that eventually culminate in the heroine’s aerial transition to the next world.

Diana Kapizova was born in 1993 in Pervouralsk (Sverdlovsk region). After graduating from the British Higher School of Design (Multimedia Art) she spent time as an art resident of the Open Studios at Winzavod, the NCCA in Kronstadt and the Salzburg International Summer Academy of Fine Arts. Her art has featured in group and solo exhibitions. Diana uses both videos and performances, creating objects and 3D graphics. She lives and works in Moscow. In her artistic practice Diana creates fantastic worlds and inhabits them with various female images from pop culture, trying them out on herself. Diana Kapizova’s artistic method is based on interpretation of the experience of memories, fictions and visions. Diana’s particular’ interests are transhumanism, new archaism and information trash. 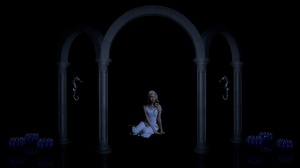