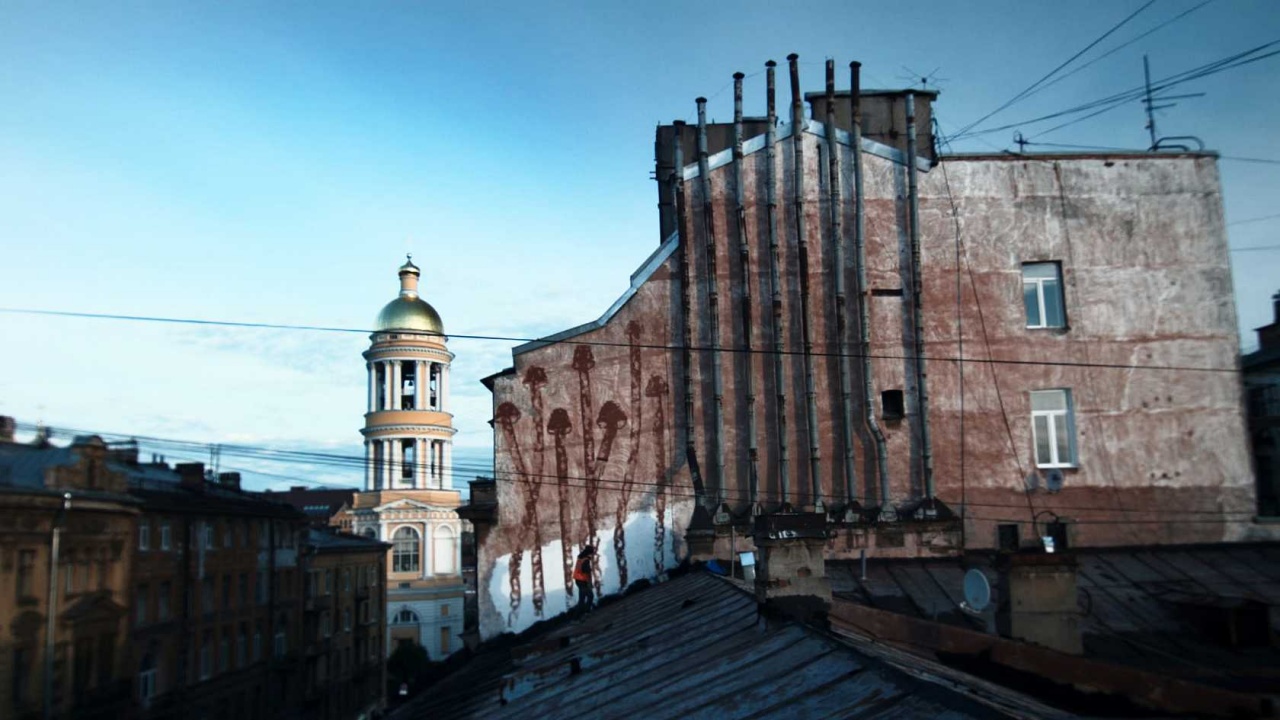 The meaning and the value of street art has changed over time, based on historical, political, and social contexts. Documentation of street artists paintings is a method of preserving and protecting an artistic expression, a photograph make you look at image more carefully. The short film and its exhibition "Oskolki: Oneman-crew" by filmmaker Pavel Machikhin is the first extensive retrospective of the work of the notorious graffiti crew "Oskolki" from St. Petersburg. Over the past five years, from 2016 to 2021, Pavel Machikhin has followed the life of graffiti writers and documented their illegal graffiti.

Video and photographic materials recreate the experience of an observer. It’s important to note that, Pavel, when he shoots a graffiti piece or a mural, does not transform someone else's work into his own, but shows the entire work without distortion and includes an urban context. The show goes under the watchful eye of “SIR” (the main character in the story) whom "Oskolki" painted on the walls at the Ruarts Foundation. At that time, legally – after receiving permission.

According to Pavel Machikhin, "life is a walk with a spray can, and the crew "Oskolki" is a graffiti parasite, like mushrooms that exist inseparably from the city". The alter ego of the group - a black character named SIR - he has an ability of the mimicry, sometimes he splits into two, weaving into the threads of the city. As the "Oskolki" SIR breaks into rooftops and attics, into a psychoneurological dispensary, and even into a bomb shelter.

The suggestive imagery can be traced in every movie frame: St. Petersburg is ceremonial and marginal, with surreal white nights and black days. Machikhin is concerned with the sense the passage of time and the texture of reality.

The project was accomplished within the framework of the grant program of the Ruarts Foundation and Artmossphere.

Pavel Machikhin is a film director and graphic designer. In 2015, he graduated from ITMO University with a degree in multimedia design. From 2018 to 2020, he studied at the St. Petersburg School of New Cinema as a cameraman. Since 2014, he has penetrated street artists circle and has documented their acts of vandalism.

"Oskolki" ("fragments") is an anonymous graffiti art group from St. Petersburg, formed in 2013. Most of Oskolki's works are created in bombing mode on the walls and roofs of houses, shop windows, billboards, and trains. In 2016, the first exhibition "Street Home" was held in the Etazhi loft in St. Petersburg. In 2016 they made one-day illegal exhibitions "Kurok" and "Postkurok" in Moscow. The ubiquitous spelling of the word Oskolki positioned as a kind of graffiti exercise, which is the most frequent practice for group members. Oskolki perceive the urban space as a place for experiment, that’s why many of their works cannot be classified. In addition to St. Petersburg and Moscow, their works are found in Volgograd, Berlin, Tallinn, Barcelona, Morocco, and other cities. 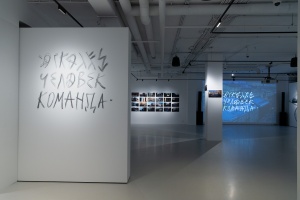 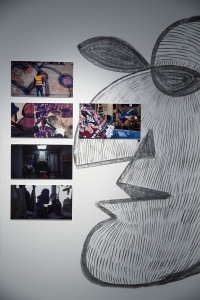 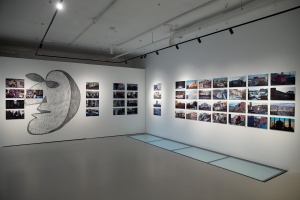 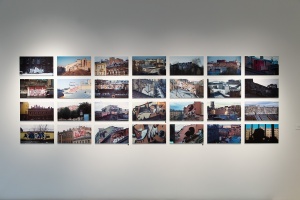 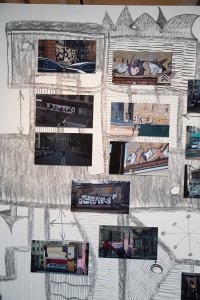 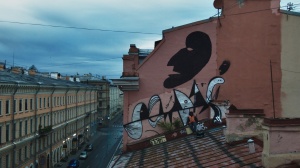 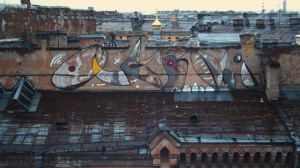 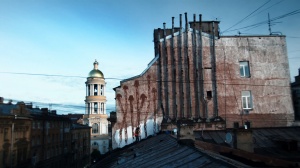 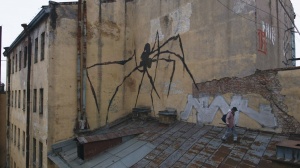 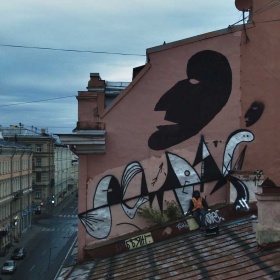