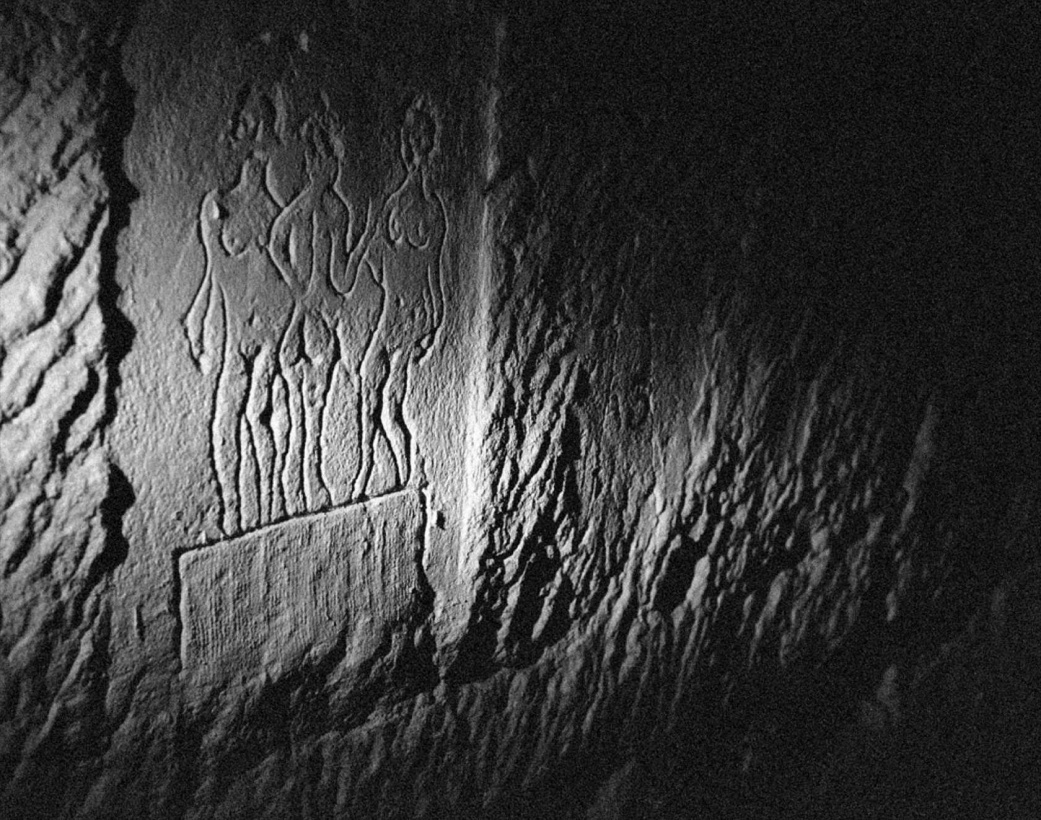 City from the dungeon

The project 'City from the Dungeon' is a testament to the unusual journey to Paris in 2019 by three Moscow artists, Alex Partola, Grisha and 0331с. The object of their interest was the cold world of the Parisian catacombs. The artists made an illegal descent into an abandoned part of the underground galleries, where they spent more than twenty-four hours in the pitch darkness of winding tunnels. The constantly changing pattern of the labyrinth, the lack of natural light in the ‘endless metaphysical tunnel’, the feeling of insignificance of the human footprint allowed them to excise the unnecessary and focus on the essence of what is happening. “The game becomes very laconic underground: all the moves are predetermined, the only choice you make is to turn now, continue moving or return” (Grisha). “This is how these moments pass, stretching for kilometres through the tunnels of history under Paris, having nothing to do with real life” (0331c). “Darkness creates impossible conditions for photography, but in this environment a large space opens up for experiments” (Alex Partola).

The history of the Paris Catacombs dates back to the 18th century, when serious sanitation problems associated with the city’s cemeteries led to the decision to transfer them underground. Opened to the public in 1809, the world’s largest ossuary contains the remains of several million Parisians. This place was consecrated as the City Crypt of Paris on 7 April 1786, and from that moment it acquired the mythical name ‘catacombs’, after the Roman burial grounds.

The exposition is divided into two parts – The City and The Underground, forming a single thread of the narrative. Graffiti from the urban environment penetrates underground. By this act the artists initiate a discourse about the essence of street art. Pseudo-destruction of graffiti happens all the time, but invisible does not mean non-existent. Underground the truth is hidden only by darkness.

Both parts are united by the single semantic meaning and integrity of what occurs. The inspiration was the image of Dina Vierny, Aristide Maillol’s muse. Before their descent the artists made sketches of Maillol's sculptural compositions in the Tuileries Garden, for which Dina posed for the maitre at the beginning of the 20th century, and then endowed them with ‘new flesh’ on the walls of the catacombs. The sculpture ‘Three Graces’ became the key leitmotif of the project. This triune image was an allusion to the main participants in the project and a trace of their stay in the parallel realities of one city.

The exhibition includes documentary photographs of the artists’ everyday life in Paris, their work in city streets and parks, and in the catacombs. Prints from the carved wall and ceiling works accompany the photographs. The relief ‘Three Graces" as a silicone mould presents a unique testimony of the descent.

This project reflects present-day issues, as spaces deprived of life become an important territory for the self-expression of prominent artists creating graffiti and street art. 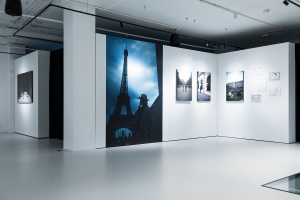 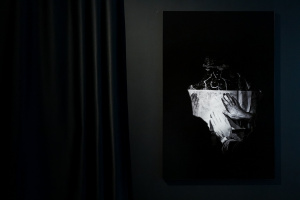 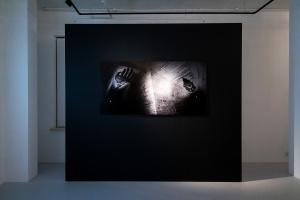 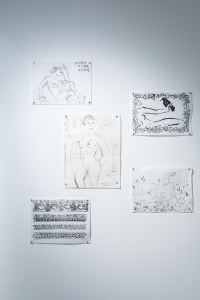 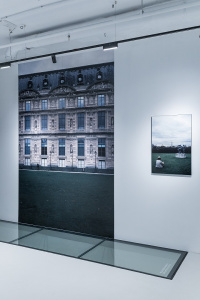 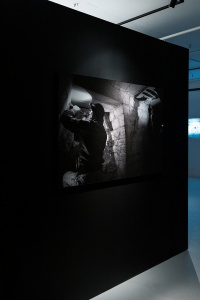 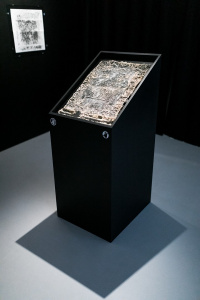 ‘City from the Dungeon’ 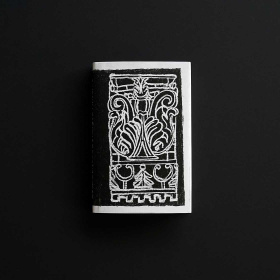